Galleries 2
Collections 0
Groups 0
Created 1-Apr-22
Modified 20-Jul-22
We sailed from Ft. Lauderdale March 13, 2022 and returned from England March 28. The cruise was supposed to go to Morocco and Azores, but due to Covid problems those ports were not open to us.

GIBRALTAR - The Rock was cloud covered on our arrival and going to the top was forbidden due to high winds. Our drive and stroll around Gibraltar included St. Michael's Cave, a network of limestone caves that were colorfully lighted. Legend says that monkeys found their way to Gibraltar through a tunnel that linked to Africa. The Barbary apes were all around the Rock and seen on several occasions. There's a Moorish castle in the center of the city.

CADIZ, SPAIN - Founded in 1.100 BC by the Phoenicians, Cádiz was the oldest inhabited city in Spain and one of the oldest in western Europe. it’s historic, quaint and charming. The Romans also settled there, building an impressive city (some of which is still in existence today!)Cadiz is located on the south coast of Spain, close to Gibraltar. How big is Cadiz? It covers an area of 4 square miles, making it an extremely walkable city. Climbing Cadiz Cathedral is one of the best things to do in Cádiz, Spain Amazing views from Cadiz Cathedral. The fun comes in discovering them as you explore Cadiz on foot. You’ll be able to watch the locals buying their fish and fresh produce, and check out some of the strange sea creatures for yourself. There are plenty of remains from Roman times and the 16-18th centuries when there was almost as much happening underground as above.

LISBON, PORTUGAL - winding walk through the heart of the city —Explore Lisbon in a unique way with this tour by electric tuk tuk, an eco-friendly way to travel around the city’s narrow streets. You’ll be driven by a guide through historical neighborhoods like Alfama and Mouraria, and stop at a viewpoint for photo ops of the Lisbon is a walkable city, but with lots of hills, taking public transportation will save your feet and its fun taking the vintage trolleys around the city! Lisbon is the cleanest city in Europe, One of the nicest places to visit in Lisbon is the historic Alfama district, with its labyrinth of narrow streets, traditional architecture, and very cozy, local atmosphere. Lisbon is a hilly city, with countless viewpoints offering amazing views. Combination of bus and walking. 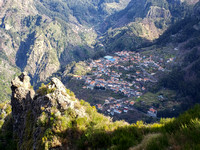 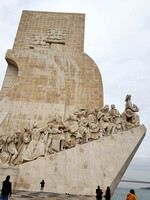